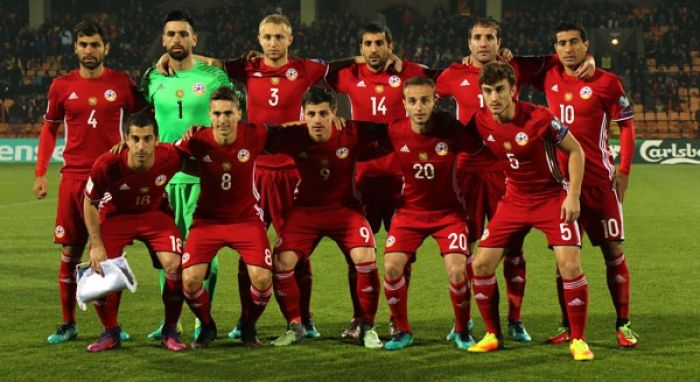 A solid 2-0 victory helped thwart the Armenian
National Team 18 spots in the latest edition of the FIFA
rankings, jumping to the 67th slot. The jump matches the highest
of the calander year, and the best since they were ranked 34 in
July of 2013. The previous high of the year for the Armenians was
82nd back in February.

Looking around the rankings, the top five is
dominated by South American sides, as Brazil regains the top slot
for the first time since 2010, knocking Argentina to second.
Germany remains in third while Chile and Colombia (up 2) round
out the top five. Switzerland snuck into the top-10 at nine, the
lone new face. Macedonia was the best moving side, jumping 33
slots to 133, while Liberia’s 39 slot drop to 141 was the worst.
Mexico at 16 is the best side in CONCACAF, while 19th ranked
Egypt leads African sides. Iran at 28 is the top side of Asia.