Doc Rivers won a championship as the head coach of the Boston Celtics, with three hall-of-famers leading the way. Prior to that, his coaching record was pretty average, and since joining the Clippers, he hasn’t taken the franchise any deeper in the playoffs when compared to Vinny Del Negro, his predecessor. Key difference is, Rivers was given free reign on molding the roster to how he sees fit, and let’s take a look at all of the transactions done by Rivers since he came to Los Angeles, letting you be the judge. 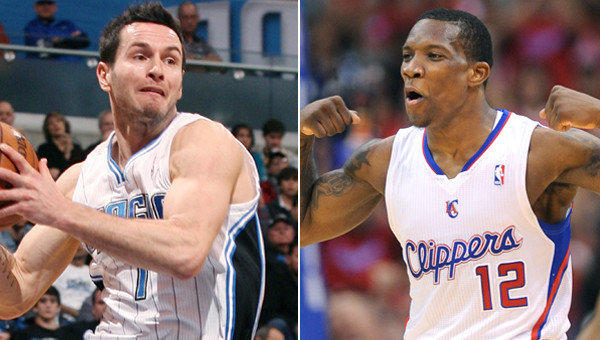 July 10th: Clippers trade Eric Bledsoe, Caron Butler & a second round selection in a three-team deal with J.J. Redick and Jared Dudley coming back. The franchise also signed Chris Paul to an extension and Darren Collison was brought in to be the backup point guard.

Chris Paul signing an extension was a no-brainer, and it would have taken a fool to turn that down. Darren Collison was a good signing and provided good play during his stint in Los Angeles, namely when Paul missed extended time due to an injury. Trading Eric Bledsoe, a highly sought out prospect for J.J. Redick and Jared Dudley was quite a head-scratcher at that point in time. Very little agree that was the absolute best deal Los Angeles could have received for the young guard, and, though, it has worked out very well in hindsight with J.J. being a staple of the starting five and Bledsoe struggling in Phoenix, patience could have worked out better. Ultimately though, it was a very fruitful day for the organization. I’d give this a grade of 7 for “at the time” and 9 in hindsight.

A bunch of spare moving parts here, as Rivers took a flyer on Jackson and Vujacic, hoping the experienced vets could make an impact, which they obviously failed to do. Jackson didn’t even last an entire month, though he played over 11 minutes an outing with nine appearances. Mullens wasn’t given ample playing time with only six minutes a night before going to Philadelphia, where he did pretty decent and has been out of the league since. Waayns and Davies combined for two appearances, neither of the youngsters getting an opportunity to show the skills they possessed before being sent away, again, are out of the league as well.

Neither Jamison nor Mullens worked out well in Los Angeles, though, Mullens wasn’t given the playing time he had previously received in Charlotte nor received after in Philadelphia. Cenk Akyol is just a name thrown in as he will never be joining the NBA. Atlanta was given the cash to cover Jamison’s contract and then some to take him for pure cap space, the first move where Rivers gives up compensation to rid himself of a player.

Davis was a member of Rivers teams in Boston, and since has criticized the coach for not being as successful when he had an absolutely stacked roster, calling him overrated. Granger was once the Indiana Pacers franchise player, until injuries hit and the Pacers decided to cut ties and move forward with Paul George. Both Davis and Granger played well during their time in Los Angeles and were solid bargain bin pick-ups.

Wilcox was an intriguing selection for the Clippers as the team had a need for a small forward and depth up front, with J.J. already having the starting two slot penciled in. Some guys taken after (or undrafted) Wilcox include: Kyle Anderson, KJ McDaniels, Nikola Jokic, Dwight Powell, Jordan Clarkson, Glenn Robinson III, Cory Jefferson, Tarik Black, James McAdoo, Sean Kilpatrick, Tim Fraizer & Langston Galloway. In the end, Wilcox didn’t even play much in Los Angeles, tallying just 44 appearances over two seasons. The waiving of Willie Green was not received well by Clipper faithful, as Green was well liked by the fanbase due to his professionalism and willingness to do whatever was required to make the team better.

Hawes was linked to the Clippers during the trade deadline, but ultimately ended up joining the Cleveland Cavaliers, so Doc ended up getting his man without giving up anything in a trade. And boy, did it not work out well for Los Angeles, as Hawes had his production dip by a great amount while ultimately being a net negative. At the time, it was viewed as a great move and it couldn’t have been more incorrect. Davis continued his solid play off the bench for the Clippers, however.

Bad money management put the Clippers a bit against the ropes here, forcing them to trade their consistent small forward that played through injuries with a first round pick for two guys that never came close to putting on a Clipper uniform. The first nail in the coffin for the Clippers having assets to use in a trade. 2017 is now considered to be one of the deepest drafts the NBA has seen in quite a while while Dudley continued to play solid in Milwakuee & Washington before returning home to Phoenix. This trade was a F at the time it happened, and it’s an even bigger F now.

Some great signings in free agency here, as Udoh was an athletic big man that was expected to be a solid shot blocker, Ingles is one of the finest utility guys a team can have, Turkoglu was a savvy veteran that could teach the youngsters some ropes and has playoff experience, Cunningham was a decent prospect and Douglas-Roberts was solid in Charlotte, Milwakuee and New Jersey. Turkoglu ended up staying with the Clippers for an extended period.

An absolutely mind baffling decision to waive Ingles here, as the Australian international has been a mainstay in Utah for the past three seasons, Doc didn’t give the swing man an opportunity, who could have, possibly, solved the Clippers woes at the small forward slot. Just a bad move.

January 7th: Traded Jared Cunnignham, Rights to Cenk Akyol and Cash to the Philadelphia 76ers for the Rights to Sergei Lishouk

Like Akyol, Lishouk will never step foot on a basketball court, but Doc continues giving up compensation to rid himself of players/contracts. Cunningham was a minimum salary guy that ended up splitting time between Cleveland and Milwakuee before bowing out of the NBA with a comeback still on his mind. Cash was not needed to be given up.

Jones was a savvy, defensive minded veteran that was subsequently signed for the remainder of the season. Though he didn’t play much, averaging just under four minutes through 33 league appearances, it was his tough mindset and experience that helped the Clippers morale out. Jones ended up winning a ring with the Cavaliers the following season.

Here began the start of the nepotism, despite Austin’s solid recent play, and the exhausting of more draft picks, albeit a second rounder. Rivers didn’t give Bullock, a sophomore, much time to earn some playing time, and the acquisition of Austin had Doc giving him more leeway than most anyone on the roster, including Chris Paul and Blake Griffin. Playing Rivers with Jamal Crawford on the second unit also provides its own fair share of cringe.

Not wanting to commit a full years salary, Doc went with 10-Day guys to provide some depth, and all three, particularly Hudson, played well during their stints. Neither made it past this point with the Clippers, so not much to say.

Rivers used Barnes, a fan favorite and fiery small forward, to dump the contract of Hawes and take a chance on Born Ready. Would have been a solid move had Doc given Stephenson a chance, which he seldom did.

A summer to remember, as Jordan had initially agreed to a contract with Mark Cuban’s Dallas Mavericks before reneging and the Clippers retaining the services of one of the leagues most sought out free agents. A move that was criticized by many around the league for Jordan’s lack of commitment, but Clipper fans went through the same hurt Maverick fans did, when Elton Brand did the same nearly a decade earlier, choosing to go to Philadelphia after telling the Clippers he would stay if they sign Baron Davis, which they did.

Jordan has continued to improve and was a no-brainer signing for Rivers. Austin has shown a gradual incline in his game as well, and this contract was a good one. Paul Pierce was brought in for veteran leadership and nothing else, while Wesley Johnson has been thoroughly inconsistent. 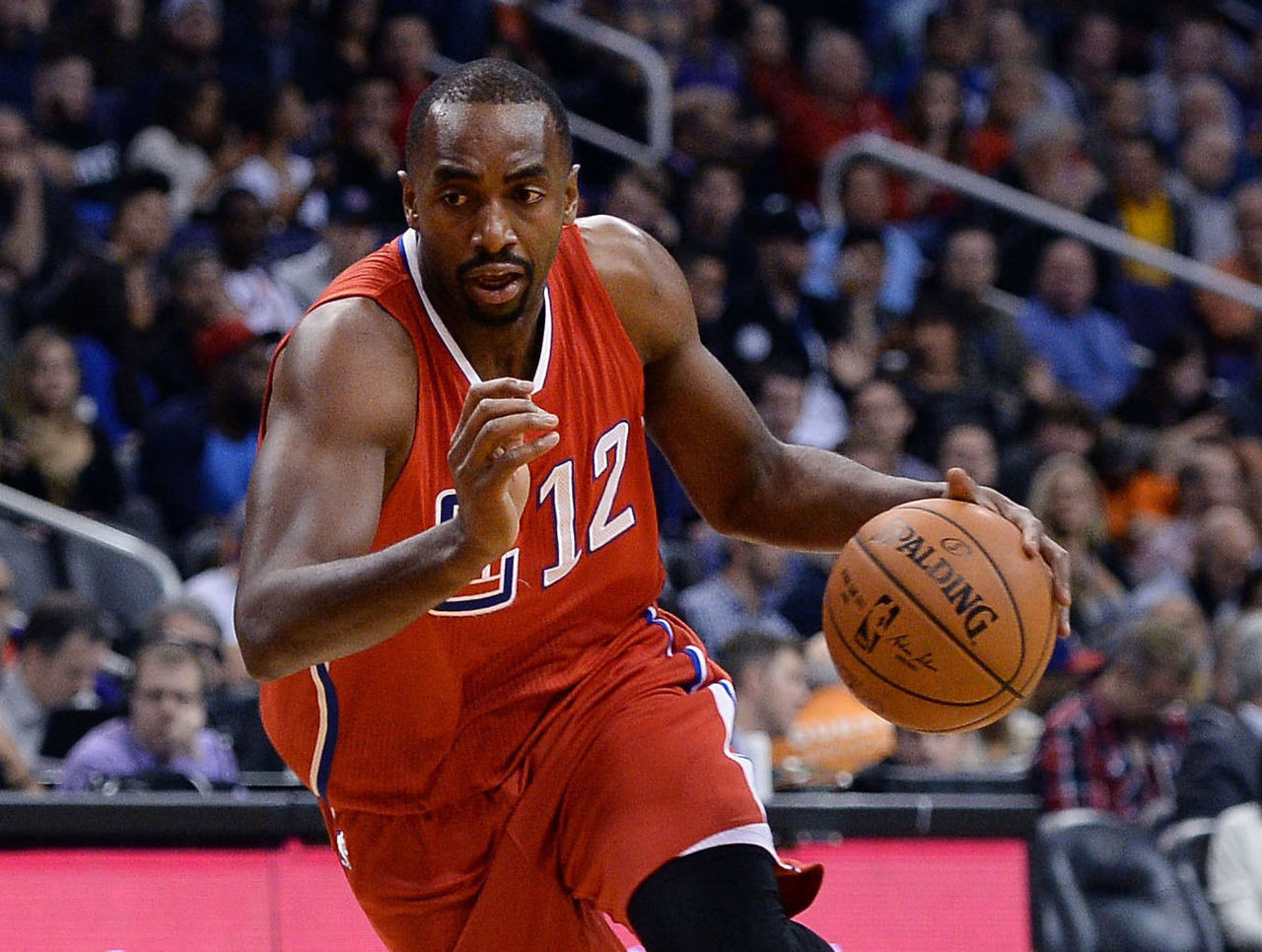 Hudson nor Hamilton impressed during the prior year, so their rights were renounced while Rivers went bargain bin hunting with some solid veterans and a hopeful Tskitshivilli. Smith and Prigioni were coming fresh off the 3-1 upset of the Clippers, both of which played extremelly well and were expected to play big parts off the bench, while the remaining three were looking to battle for the final spot. Just a week earlier, Mbah A Moute had signed with the Sacramento Kings but failed his physical.

Training camps coming to an end, and rosters needing to be trimmed down, Mbah A Moute and Hayes went to the final day before Prince Luc was kept and Hayes was waived. Good decision by Rivers.

Josh just didn’t work out in a Clippers uniform, often butting head with Rivers, so Coach decided to pay the Rockets the remainder of his salary just to get him off the roster. Both Maarty nor Sergei will ever see a second in the NBA. The move did open up time for Cole Aldrich to play well, however.

Needing some depth, a decent D-League prospect was brought up.

An absolutely idiotic trade here, as Rivers panicked to try to fill the hole at the small forward position. Jeff Green was wildly inconsistent throughout his entire career, which continued over in Los Angeles and he ended up bailing to Orlando at the end of the two dozen or so games he played in a Clippers uniform. Surrundered a pick for absolutely no reason.

Stepheson was dominating the boards in the development league and was given an opportunity in the pros, ultimately not retained. Ayers was brought back after Doc gave someone else a shot and wasn’t impressed. Ayers totaled 20 games for the Clips.

Brice hasn’t had much of an opportunity due to injuries, but the move in the second round was a good one, could have been great. Stone has done well in the development league and when he has gotten his :30 of playing time, while Michineau was and remains a complete unknown, though he has been a starter in the French league.

Strapped for cash after a failed attempt to entice Kevin Durant, Rivers keep the core bench guys around, though he grossly overpays for Crawford and Austin. Austin showed some good signs with his play while Paul was out, while Jamal kept showing his age and has regressed. Thankfully, the third year was only $3M guaranteed, keeping some flexibility open.

Wes has been thoroughly inconsistent while Mbah A Moute has been a premier defender and a key part of the rotation. Speights has shown great leadership and has chipped in with some good to great performances.

A straight salary dump here, Wilcox never received a shot in Los Angeles. Neither did Dawsen.

Continuing on without much wiggle room, Rivers added quality vets for the minimum, while giving the young Munford a shot. Felton has been a big part of the roster.