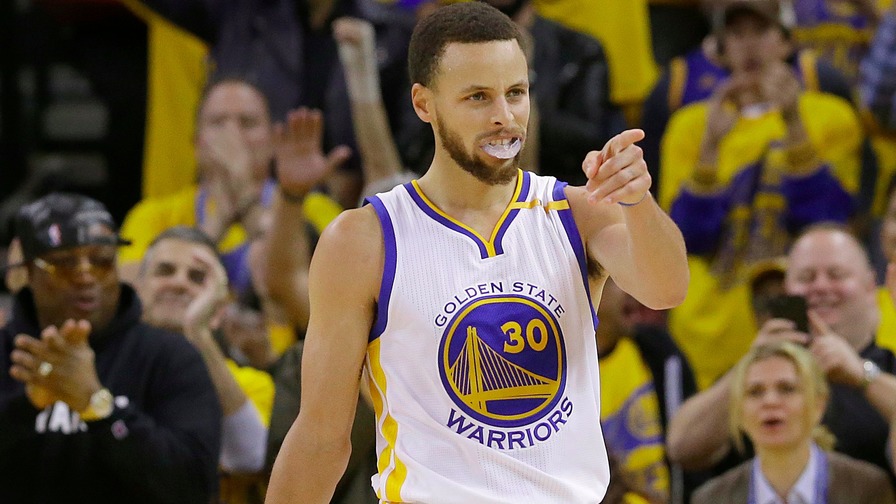 After a crazy summer, the Western Conference continues to get better, and deeper. Seemingly every franchise, outside of Sacramento and Phoenix has their goals set on cracking the playoffs, shockingly for the Kings as they don’t own their 2019 first round pick. Is LeBron enough to get the Lakers back into the playoffs? Does DeRozan do damage with the Spurs? Have to wait and see, but until then, let’s have some fun.

Absolutely no surprise here as the Warriors deepened their roster with the addition of DeMarcus Cousins, further improvement from Jordan Bell and the sneaky signing of Jonas Jerebko helps the rich get richer. It’s going to take a lot of injuries and luck for someone to dethrone the Warriors this year.

Donovan Mitchell had a great “true” rookie campaign as Quinn Snyder solidified himself as a Tier-1 coach in the association. With further improvement from Mitchell and a, hopefully healthy season from Rudy Gobert, Utah can secure home court for the first two rounds.

Losing Trevor Ariza and Luc Richard MBah A Moute is going to sting more than most may expect, as those two swing-men were vital to the Rockets having taken a big step up, along with the addition of Chris Paul. Daryl Morey had a good draft night, however, snatching up De’Anthony Melton in the second round, a great fit next to Harden or Paul in the backcourt. Paul finally gets to play with one of his best friend’s in Carmelo Anthony as well.

Draft night could be a grand slam for the Nuggets, as they snagged Michael Porter Jr. at the 14th overall selection. Though, Porter may miss his rookie campaign in the Mile High City, Denver should get a lot more than 38 games out of Paul Millsap while Jamal Murray and Gary Harris will refine their games. They also have one of the best centers in Nikola Jokic. Isaiah Thomas as their sixth man as well could may major dividends.

Despite Kawhi only playing in nine games, the Spurs ended up winning 47 and making a solid playoff appearance. You add DeMar DeRozan to the mix, along with Jakob Poeltl and Lonnie Walker, it isn’t hard to see why those in the Lone Star State are excited to see what Gregg Popovich can do with this roster.

The news of Carmelo Anthony leaving will end up being addition by subtraction. OKC was zeroing in on keeping Paul George around, while improving the bench. Adding Dennis Schroeder, a healthy Andre Robertson while giving Nerlens Noel an opportunity behind Steven Adams does just that. If they can get Terrence Ferguson or Timothe Luwawu-Cabarot to take the next step, it’ll make them that much more interesting.

Losing Rajon Rondo is going to sting, but the Pelicans had a great summer otherwise. Julius Randle is a spectacular fit next to Anthony Davis in the front court, bringing a bit of bully ball to replace the loss of DeMarcus Cousins. If Elfrid Payton can play to his potential, the Pelicans could be battling for a much higher seed.

According to Damian Lillard & CJ McCollum, the Blazers are slept on. For the fifth straight year. Unfortunately, while the Blazers may have one of the league’s elite duo’s at the guard slots, the rest of the roster has some catching up to do. Have some solid youth for the next generation though, with John Collins, Anfernee Simons, Gary Trent Jr. & Caleb Swanigan.

LeBron hasn’t missed the playoffs since his sophomore season, a streak that may unfortunately end as the Western Conference is top heavy and deep. Should make noise the following year with Lonzo Ball, Kyle Kuzma and Brandon Ingram all making improvements and adjusting to playing with LeBron.

After ending their decade plus playoff drought, the Wolves faithful will be hoping that the franchise doesn’t go through another one. Andrew Wiggins’ development, or lack of, may be the determining factor on how the Wolves look.

Doc Rivers’ isn’t a fan of tanking, after-all, that’s why he wanted to leave to Boston, leading to his appointment in Los Angeles. It’s unlikely Steve Ballmer has his eyes on losing as well, leading the Clippers to putting forth a valiant effort but falling just short of a playoff appearance.

Grit and grind, Memphis seems to have their eyes continually set on making a playoff push behind the duo of Michael Conley and Marc Gasol, surrounding them with middling talent for a playoff side. Unfortunately, the West is way too deep and the Grizzlies will have to wait another year to get back into the thick of things.

Devin Booker isn’t happy with the Suns continued playoff drought, and he’s going to have to wait, at least, another year. DeAndre Ayton and Mikal Bridges were both exceptional grabs on draft night, both of whom fit well with the scoring stud.

Mark Cuban must be sick of losing. It won’t change much this coming season as the Mavs will look to develop Luka Doncic and Dennis Smith Jr. At least he finally got DeAndre Jordan after the kidnapping fiasco years ago.

Boston will end up very happy with the Kings bleak outlook for the 2018-19 campaign as they hold Sacramento’s first round selection. It’s going to be fun to see if Harry Giles can remain healthy and give California’s Capital something to be proud of.