All those hours of practice, the umpteen amounts of sweat, the muscle aches and soreness all for this moment. Top seeded King/Drew Golden Eagles take on the reigning City Div III champions, and third seeded Van Nuys Wolves for the CIF Los Angeles City Section Div II Championships on Friday evening at Roybal High School.

How They Got Here:

Being the top seed, the Golden Eagles had the opportunity to host the first two games of the playoffs, holding off the Eagle Rock Eagles, 62-55 in the first round. Physicality and defense ruled the quarter final date against Grant High School, as the hosts prevailed 53-39 behind 45 free throw attempts, as compared to ten by the visitors.

In the semi-finals, the Golden Eagles had to wait until the very final shot to pencil themselves into the finals. King/Drew lead 52-44 with about two minutes remaining behind solid play by team captain, Ethelbert Anum, but the Hollywood Sheikhs weren’t going away. Niko Gooden and Narek Melikyan led Hollywood back to within one with under a minute left and Anum split a pair of free throws. 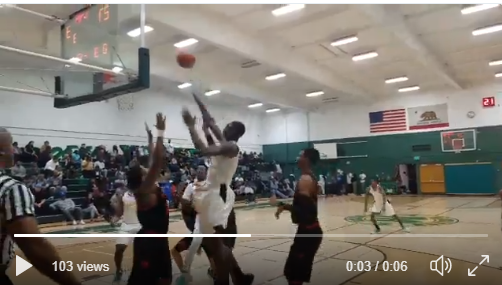 Fidelis Okereke with a bucket against Hollywood

With seconds remaining on the clock, the Gooden went coast-to-coast and got fouled going up for a lay-in, getting a chance to tie with 1.4 seconds remaining in the game. After burying the first, Coach Lloyd Webster used a time-out to freeze the shooter, similar to football coaches freezing a kicker. Billy Clark with a lay-in

It worked like a charm, as Gooden’s second free throw was just short and the King/Drew fans were ready for the finals, after just missing out in 2015.

Led by Coach Porter, the Van Nuys Wolves beat the teams they were supposed to beat, hoping to repeat as CIF City Champions at a higher division. Holding off a scrappy Lincoln Tigers side that saw Jason Huang drain eight threes, 68-55 in the first round, followed by a dominating defensive showing against the Los Angeles Romans, 56-37 in the quarter finals lead the Wolves to the semi’s against a defensive minded Garfield Bulldog side. Ali with the lead as the Wolves never looked back

Garfield jumped out in front early, 6-0 as the Wolves were unable to get any shot to fall. It didn’t take long for that to change, as Ethan Quiambao and Tyree Winborn got the Wolves on the board, before Mr. 4th Quarter, Mijuhaim Ali drained consecutive threes giving Van Nuys an 11-8 lead. 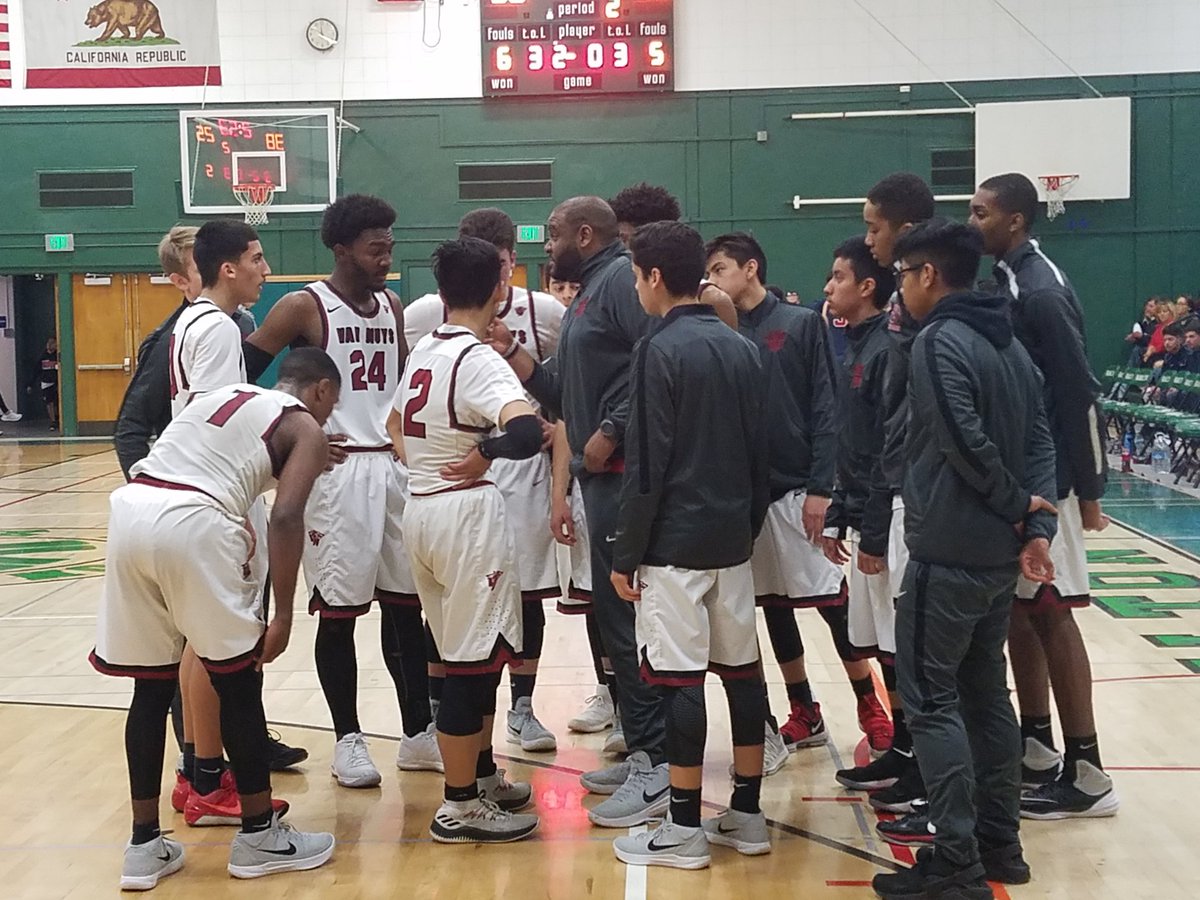 And the Wolves never looked back, extending their lead to as much as 17 on multiple actions, while the scrappy Bulldogs wouldn’t go away, chipping away. Coach Porter called an early time-out in the fourth, as to get his side to calm their nerves and hold onto the lead. Matthew Sykes buried a three to get the lead to 15 and take care of business.

King/Drew and Van Nuys haven’t head a head-to-head match-up in recent years, but the two sides had four common opponents on the season. Both sides were able to beat South East by double-digits. The Jaguars will be facing off in the LA City Div III Championship.

Van Nuys was able to beat the Grant Lancers 87-51 in an early season match-up, who the Golden Eagles defeated in the quarter finals.

King/Drew lost a one point decision on the road against Lynwood while the Wolves took care of the Knights, 84-41 at the Wolves Den.

Having seen King/Drew play once, in the semi-finals against Hollywood, I was thoroughly impressed how the Golden Eagles utilize their size, punishing the Sheikhs around the bucket. Combining that with the grit of Anum, the Golden Eagles are a tough out. They once again need to utilize their size against a smaller Van Nuys side, by playing inside-out basketball and cleaning up the glass on both sides of the floor.

Size alone isn’t going to cut it, as the Wolves have one of the state’s prolific scorers in Winborn, who needs to be contained. At the same time, the Golden Eagles need to give Quiambao, Sykes, Ali and Ray Gibson respect, who have the ability to put up points in a hurry. Sticking to their assignments will be key.

One thing I noticed against the Sheikhs as the Golden Eagles guard play is shaky at times, which needs to shore up as the Wolves tenacity on defense, lead by Sykes and Quiambao, is prone to forcing turnovers and getting easy lay-ups. With a size advantage, giving up fast break points isn’t what the Golden Eagles will be aiming for.

On the flip-side, the Wolves are going to need Winborn to be on his A-Game. Having an individual that can score in bunches, and do so efficiently gives any team an opportunity to win. At times, Winborn does end up trying to do too much, leading to misses or turnovers when a dish to a team mate could have led to an easy bucket. The senior needs to be zeroed in.

Like the Wolves did during the first three rounds, expect Coach Porter to utilize the press and force some turnovers leading to easy buckets. With five guys that are willing, and for the most part, able to switch guard any position, easy points can and will pay dividends.

Finally, the Wolves are going to need to stick to fundamentals when it comes to boxing out and crashing the glass. Being undersized, getting second chance points while keeping your opponent from doing can be the difference between a win and a loss.

Updated: Waking up on the day of the game, I have to adjust my prediction and go with my bias, taking Van Nuys to walk out with a 64-50 victory propelled by Quiambao and Sykes’ defense and Winborn’s scoring prowess.