Staples Center was buzzing Thursday night, as the Clippers walked out with a convincing win over the Lakers. At least the Clipper faithful were, and as much should be expected on Saturday evening when the win-less Phoenix Suns come to town.

A campaign for the league’s Most Valuable Player is certainly on the mind of Griffin, though, he won’t admit to it. Just over one percent of the season Blake was everywhere Thursday evening, scoring 29 points to go along with his 12 rebounds, three assists and two steals while hitting 12-23 from the field (including 3-6 from range.) Griffin, along with debutant Patrick Beverly, led the game with a net rating of plus-20.

Speaking of Beverly, his fiery atitude and 94-feet of defense was phenomonal as he ruined the highly anticipated debut of Lonzo Ball, the second overall pick for the Lakers. Despite scoring a meager 10 points, Beverly’s impact led to Clipper Nation falling in love with his game, as it should be. 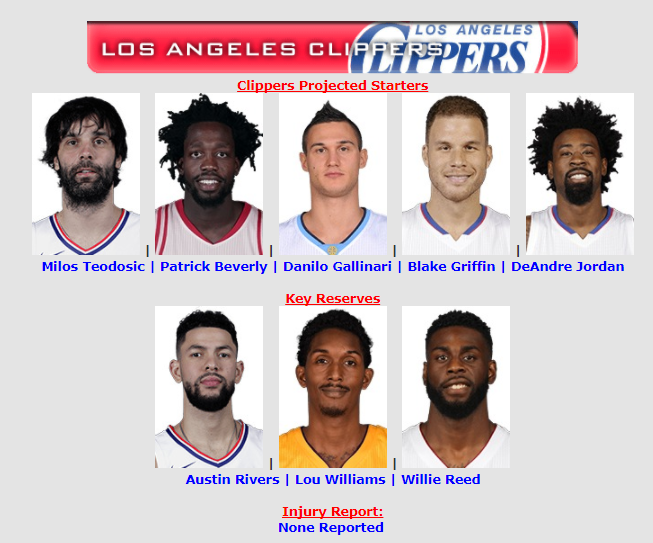 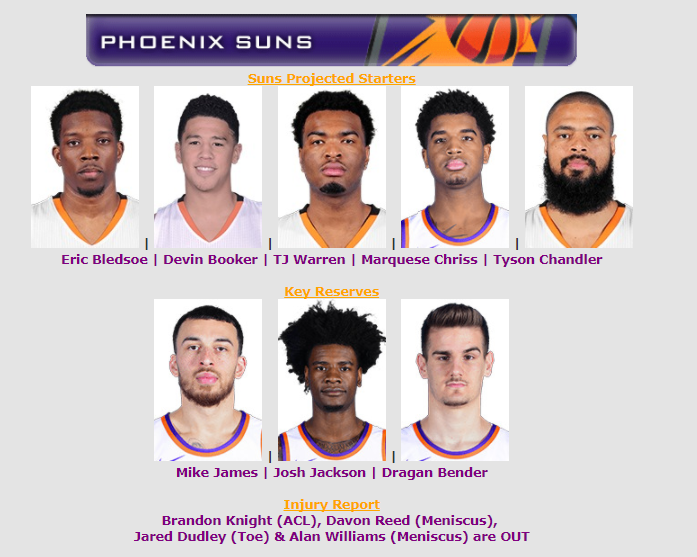 Tied for the league’s lead in free throw percentage, DeAndre Jordan swished all four of his attempts from the line, while grabbing 24 rebounds and scoring 14 points on opening night. Fresh off his first All-Star game appearance, Jordan has every intention of returning to the festivities. If he’s able to control the glass the way he did against the Lakers, there is no question

Coming to town, Phoenix (0-2) seems to be in for another long season. Two home games to start the campaign didn’t help, as the Suns allowed a CJ McCollum-less Portland squad to score 124 on them, en route to a 48-point shellacking before allowing the Lakers to sneak out a 132-130 victory, behind a near triple-double by Ball.

Key Match-Up:
Patrick Beverly once again gets the nod for the Clippers here, as he has the assignment of keeping Devin Booker in check. Booker is one of the league’s premier two-guards, having averaged over 22 points scoring as a sophomore and will look to build on his game against the Lakers. On the flip side, Beverly will need to expose Booker’s lack of defensive ability by hitting open looks and getting past him.

Keys To The Game:
1] Intensity. Despite the fact that Phoenix has been abysmal on the young season, they are a young group that plays with heart and energy. The Clippers need to match it from the opening tip and not allow the visitors to build confidence and momentum.

2] Crashing The Glass. Jordan and Griffin need to keep doing what they did against the Lakers, and that is boxing out and going after any offensive misses. It’s unlikely that the two combine for 36 rebounds once again, though, getting around 25 will be just fine.

3] Hit Shots. Shooting below 40% isn’t going to lead to very many victories, no matter the quality of your opponent and the Clippers can ill-afford another putrid performance from the field.

Anything less than a convincing victory by Los Angeles will be a disappointment, a sentiment agreed with by Vegas as they are 12.5 point favorites. I like the Clippers winning 119-93, thus covering the spread and failing the O/U (216.5)