Vanes Martirosyan has inked a deal with Don King to be his promoter, hoping the legend can help catapult him towards bigger fights before an eventual title shot. The 30-year old Glendale, CA native has held various titles in the past (NABF, WBO & NABO Light Middleweight and the WBC Silver Light Middleweight), and is looking for more as he’s in the peak of his career.

Born in Abovyan, Armenia, Martirosyan started boxing at the ripe age of seven, just three years after his family immigrated to the United States. As a result, he represented the Red, White & Blue during the 2004 Olympics, with a win against Adrian Berto along the route. The Nightmare bowed out of the Olympics in the second round, thus ending a storied amature career with victories over Austin Trout (on three occassions), Timothy Bradley and Berto.

At the professional ranks, Nightmare has tallied 36 victories, 3 losses and 1 draw, with 21 victories coming by way of knock-out. The start was much prettier than recent history, as Martirosyan had won his first 32 bouts, with 20 of them coming by way of a KO. Including a comeback victory against Saul Roman, and Joe Greene’s lone blemish.

“Vanes Norkovic Martirosyan is an unbelievable fighter, who is knocking on the door to reach his goal of become a world champion,” said King. “He is in the prime of his boxing career and I’m excited to be working with Vanes and his team.” ”

Charlo handed Martirosyan one of his three losses on March 28th, 2015 by unanimous decision. Demetrius Andrade and Erislandy Lara were the other two to get the victory over The Nightmare, with a prior Lara fight ending in the lone draw for Vanes. Two fights with Vanes took to Twitter, saying no more favors. 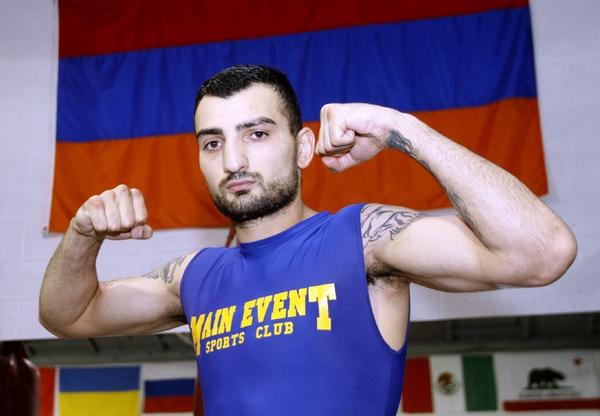 Martirosyan echo’d King’s sentiments on a potential opportunity for a title shot without holding back his respect for the legendary promoter.

“I’m thrilled to sign with the legendary Don King. I’m certain Don will guide my career in the right direction and in doing so, will get me another chance to become a world champion,” the Armenian-American had to say.

What’s next for The Nightmare is unknown, fan speculation wants a match against Miguel Cotto, while others believe a rematch against Ishe Smith may be on the horizon. One thing that is for certain, Martirosyan will continue his quest to win a world title.